Yao Wang reports on the activation of alkenes by weak interactions using a selenide catalyst.

Professor Yao Wang’s research group at Shandong University (P. R. of China) focuses on the development of innovative catalytic processes mediated by non-classical weak interactions. They have the ambition to expand the boundaries of supramolecular catalysis. Professor Wang says that “catalysis with weak interactions provides a fundamental platform to carry out chemical reactions; however, for this particular catalysis discipline, the use of heteroatom-participating reactants was required since the donation of electrons from these heteroatoms is necessary to generate catalytic activity.” Taking a step forward, he reckoned that the activation of hydrocarbons by weak interactions and harnessing the potential of this process in catalysis are unresolved problems faced by the scientific community.”
A typical case, as pointed out Professor Wang, is the activation of alkenes by weak interactions, which has long been considered as an unfavorable approach in organic synthesis, although alkenes have been thoroughly used as raw materials for a range of transformations. His group became interested in this topic and had a strong wish to discover unprecedented capabilities of weak interactions on alkene substrates. 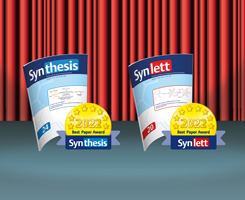