University of Zurich
Department of Chemistry
Prof. Dr. S. Bienz is an organic chemist with a strong affinity to applied analytics. His research interests comprise stereoselective reactions with chiral silicon groups, new reactions towards highly functionalized heterocyclic compounds, and the synthesis and analytics of polyamine natural products. He particularly uses (U)HPLC-MS/MS techniques for the identification and structural elucidation of the natural products that occur in complex mixtures and in small amounts only.
In his teaching, S. Bienz focuses strongly on practical education. He is head of a number of laboratory courses where experimental chemical techniques and the combined application of analytical methods are taught and practiced. He confronts his students already early in their Curriculum with the standard analytical tools and instruments. The students learn in lecture courses the fundamentals of modern organic analytics by means of many spectral examples, and in the laboratory courses, they apply their gained knowledge in a hands-on environment with self-acquired data.

University of Zurich
Department of Chemistry
Prof. Dr. L. Bigler is head of the mass spectrometry and general analytical services of the department of Chemistry of the University of Zurich. He’s responsible for the lectures on structure elucidations with combined spectroscopic methods (basic and advanced education), chromatographic methods, as well as new perspectives in forensic sciences. He’s an independent consultant and witnessing analyst in doping investigations for cases from the ‘Fédération Equestre International’, the Swiss Equestrian Federation, and the ‘Deutsche Reiterlische Vereinigung’. Finally, he’s member of the committee of the Swiss Group for Mass Spectrometry (SGMS) since 2005.
In the frame of numerous collaborations, his research interests include isolation and structure elucidations of natural compounds from e.g. spider venoms, bioactive plant secondary metabolites, or biodegradation products, quantification of hormones in biological fluids, or metabolomics. The techniques used are principally based on high-resolution (tandem) mass spectrometry coupled with ultra-high performance liquid chromatography or gas chromatography.

Johannes Gutenberg University Mainz
Department of Chemistry
visit Homepage
Herbert Meier studied chemistry and mathematics in Tübingen and at the Free University of Berlin. He completed his PhD in organic chemistry under the supervision of Prof. E. Müller in 1968. After his habilitation in organic chemistry and photochemistry (1972), he worked as an university lecturer and associate professor in Tübingen until he was appointed to the Horner Chair in Mainz in 1982. During the time in Mainz until his retirement in 2005, he performed a variety of tasks in the self-government of the university as head of the institute, dean and elected member of the senate. In 2006, he accepted an honorary professorship at the South China University of Technology in Guangzhou (Canton).
Prof. Meier's scientific fields of work are listed in the "Research Interests" section of his homepage. There you can also find a selection of more than 500 publications, patents and book contributions. 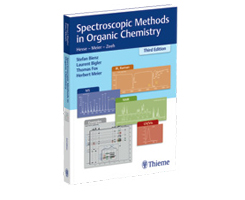